For some of the yacht trips in Greece, on offer at Jack & Jenny, the islands you will discover are the Cyclades. They are one of the most known and visited archipelago in the Aegean sea, that shows where simplicity and true beauty are combined. 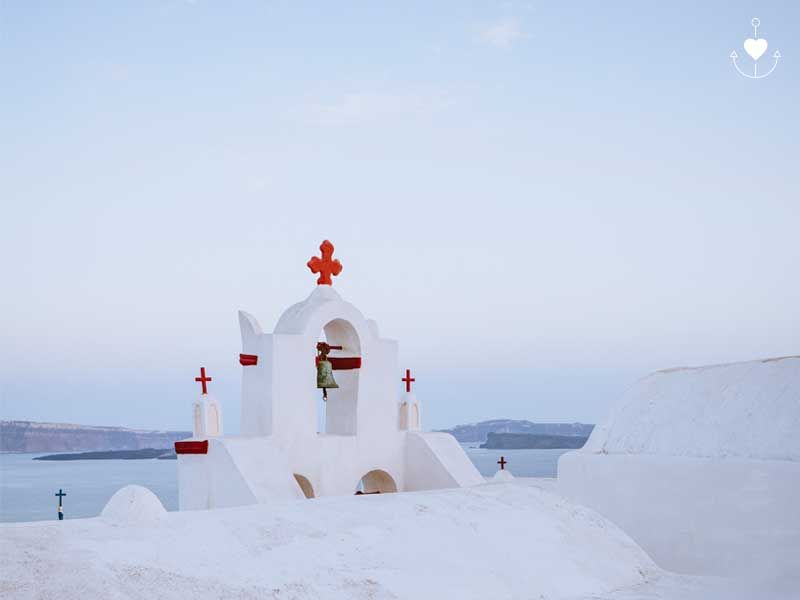 The Cyclades of myths and legends

In the mythological realm, the Cyclades were - once upon a time - beautiful nymphs who were transformed by an enraged Poseidon (god of the Sea) into barren rocks.  Located in the middle of the Aegean Sea, their name stems from the Greek word “Kyklos”, i.e. “Circle”, as they are scattered in a round shape. Their symbolic heart is the sanctuary-island of Delos: the mythological, historical, and archaeological center of the Cyclades.
Greek Mythology places it as the birthplace of the deities Artemis and Apollo, where the cult of Apollo begins in the 7th century BC. But their rich history begins in the 11th Millennium BC (Neolithic era) as archaeologists have discovered an important seafaring tradition. Traces show that the Cyclades earliest inhabitants were capable of navigating and trading across a long distance. Throughout all of the following civilizations, their inhabitants are remembered as remarkable sailors and merchants: from the Early Cycladic - who gave birth to the mesmerizing Cycladic Art - (3800-2000 BC), Minoan, Mycenaean, Classical, Hellenistic eras, through the Byzantine and up to the 20th century, sailors hailing from the Cyclades have made their mark in history! 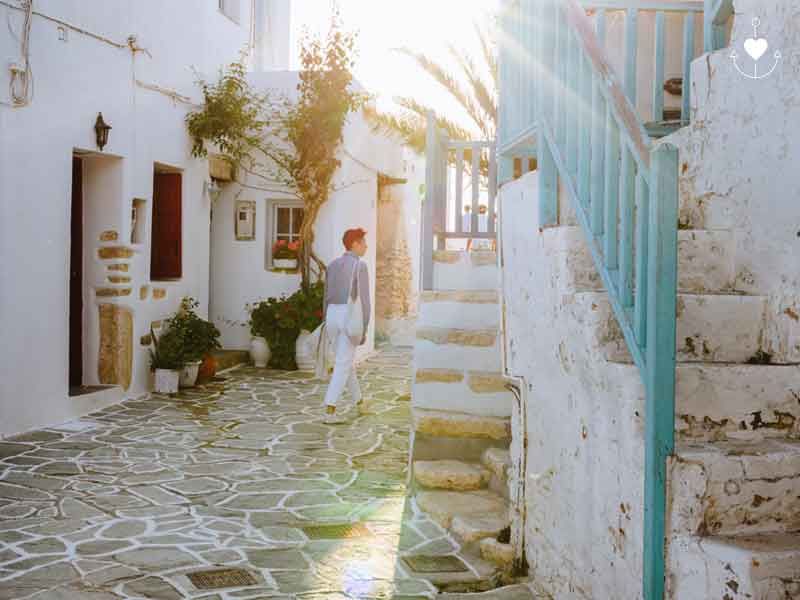 Unique traits of the Cycladic islands

There is one trait that cemented the sea-venturing tradition, and you can discover it while you sail through the archipelago, day by day: One can sail between the Cycladic islands while holding sight from one island to the other, never losing sight of land. Every cycladic island has its own character and traditions, as well as its own myths to boot, while the sea that is entwined between them holds its own compelling mythological legends and history! Today, one of their most distinctive characteristics is their recognizable traditional architecture of white cube-shaped, white-washed houses dotting the islands’ hills and bays with window frames and shutters painted in a myriad of different colors.

These houses are traditionally built with 60-80 cm thick walls to insulate from the winter cold, isolate from the harsh summer heat, as well as maintain a stable interior temperature, and stand for a very efficient, passive and low energy architecture.

You can see prime examples of this architecture while visiting islands such as Kythnos, Serifos, Sifnos, Koufonisia, Paros, Naxos and many more of our destinations. 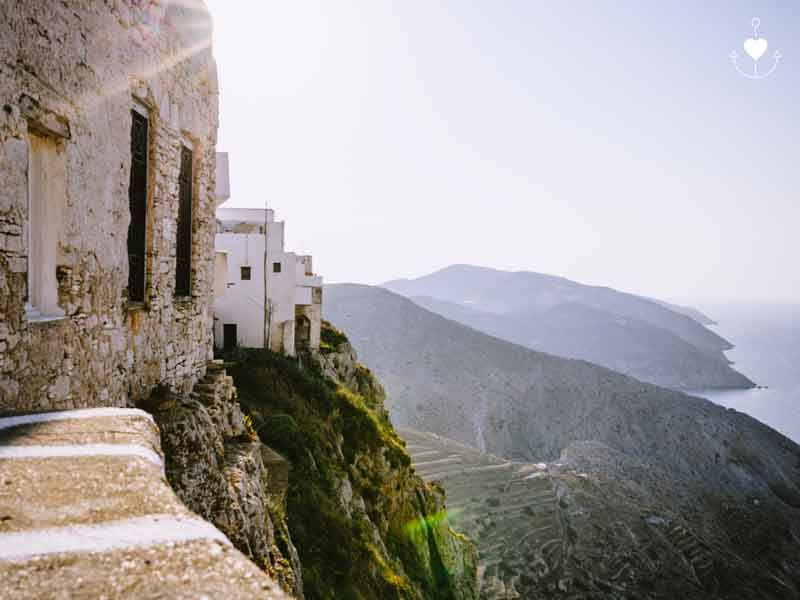 Sailing Routes in the Cyclades by Jack & Jenny

Here are two routes you can choose from to set sail for the Cyclades:

Designed with a defining southbound trajectory, this trip is an invitation for the intrepid Adventurer. Mad Dash will sail you away from busy harbours and into the most remote cycladic coves. You will experience how it feels riding the waves while trimming the sails for maximum performance in some intense weather conditions.

Mad Dash is a call to the raging elements of summer. Every location is selected for it’s unique remoteness, every crossing for its challenge, every experience for you to dream and wonder.

On this trip you’ll learn how to charge downwind, harness every bit of power from the sails and heat up the winches while dashing from one Cycladic destination to another!

Set sail from Paros, on the Lazy Dash – Sails Only trip that takes you to the small Cyclades.

For the laid-back budding sailor, there is nothing more aggravating than being in a rush. Well fear not dear hammock lover, this concept week is all about the lazy... who want to dash, with sails only. This is an invitation to experience the poetic qualities of the wind and to sail almost exclusively by its elemental power. With shorter sailing passages, this trip offers the chance for someone to pause, slow down, and appreciate the pure energy of the wind. Sail into the most pristine waters, away from crowded ports, as is the tradition in all the dash trips. 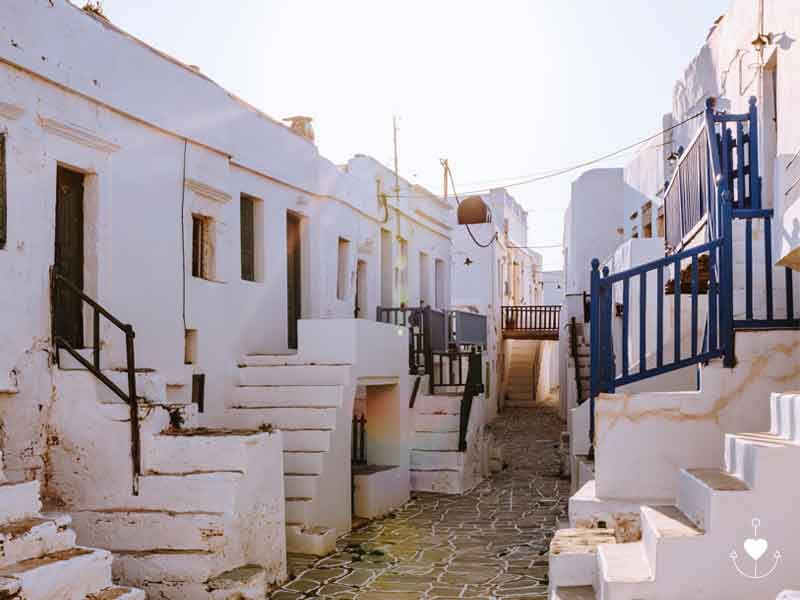 Meltemi. The Summer Wind of the Aegean

Setting sail for the Cyclades wakes up any budding sailor.

In the Cycladic archipelago, the sea is known to become capricious because of the famous “Meltemi” summer wind. The Meltemi is a yearly recurring wind pattern, coming from a meteorological phenomenon of high versus low pressure which generates steady and sometimes strong, mostly northerly winds over the Aegean Sea. Thus, a sailing trip through the Cyclades with the Meltemi can be demanding but also a very rewarding learning experience if you choose to sail with an experienced crew.

The way the islands are laid out invites the application of what we like to call “Navigation” with a capital N. Finding alternative sailing passage solutions and adapting changes to our itineraries in accordance to weather forecasts makes the skippers job more enthralling. This is due to the plethora of destinations for a sailing yacht trip in the Cyclades. 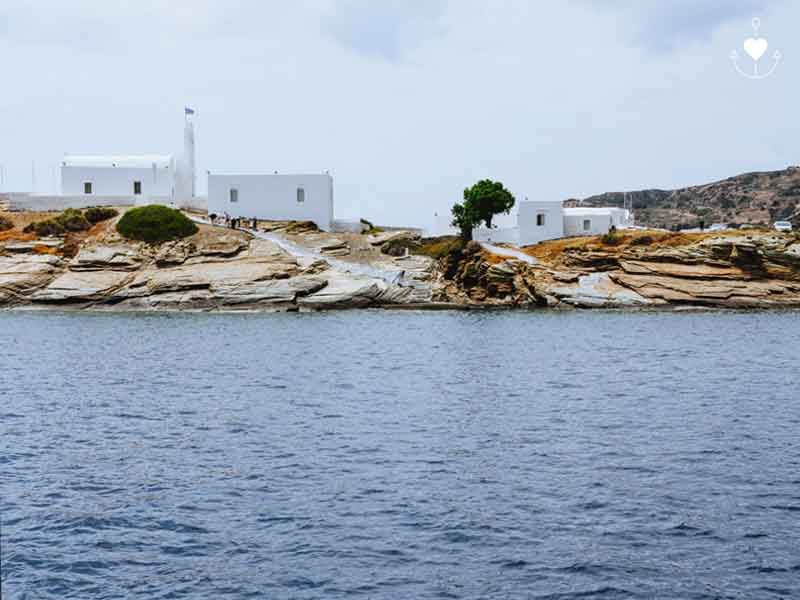 Setting the sails on your yacht trip in Greece, and especially in the Cyclades is an experience that cannot further be described in writing. It is something any sea-lover HAS TO experience first-hand. Leave all your thoughts in the ports behind you. Point your bow toward the South, and take on the magic of the sea.

Welcome to the Cyclades!